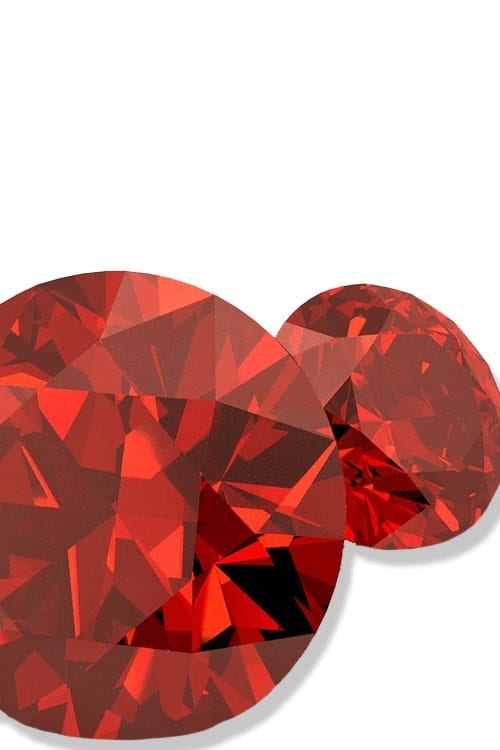 Ruby is a precious stone as well as diamond, sapphire and emerald. It can take various shades, red, pink, orange or purple … The most wanted ruby is of  a bright and united dark red.

It is the birthstone of the month of July.
The ruby wedding is the 35th anniversary of marriage.

The history of ruby begins in the mines of Sri Lanka in the 8th century BC. Called by the Hindus and Burmese “God of stones” they believed that the transparent or pink sapphires were rubies that were not yet ripe.

The term “ruby” comes from the Latin “ruber” which means “red”.

Throughout Antiquity, ruby ​​was considered the attribute of kings and princes who carried it to battle to give them ardor and courage.

In the Middle Ages, the ruby ​​symbolized the blood of Christ. This is why kings carried them on their crown as a sign of faith.

Stone of life and king of gems, ruby ​​is the symbol of the sun and represents happiness, integrity, courage and generosity.